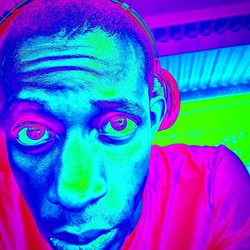 My thoughts are held captive by my lips, so I write to give my mind freedom to reach beyond my introverted personality.