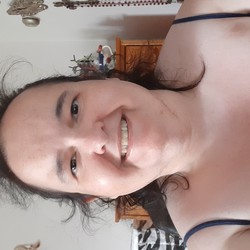 I have tried politely more than once to ask you people to fix this problem with my Musiclover45 acct. Hopefully, this pic can show I'm a WOMAN!