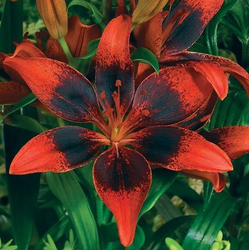 Deep, dark pieces are my language.