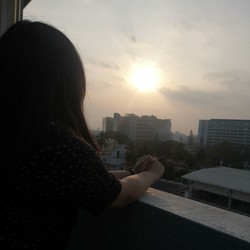 Maybe writing mundane everyday things, is better than not writing at all. Sigh.